We’re excited to finally share our relaxing and serene world on Xbox One on September 30. Feather is a serene game about exploration and immersion in a beautiful landscape. Become a bird, fly around and lose yourself in zen-like flow whilst listening to the soothing ambient soundtrack.

While exploring a wonderful world, you might even sight some other birds flying around. Share the world together as other players join your game, who can be spotted by their long trails. Find new friends as you enjoy seamless multiplayer featuring crossplay with other Console and PC platforms or invite your friends into your game to cruise the skies together. Other birds can guide you to secrets, hangout on branches or just cruise around in the sky with you.

As the days pass and the weather changes, don’t forget to stop and enjoy the sounds around you. Unlike most games Feather doesn’t feature any combat or objectives. Customise what you see, feel and hear in a world designed to be played your own way. Musical runes are scattered throughout, flying through them will change the music, allowing you to choose audio that suits you and how you are feeling. Similarly, you can change what bird you would like to be represented by – fly through one of the many triangular runes around the islands.

Over a year since our original release on PC this version includes all previous updates as well as all new content hidden away for you to find. This includes a new area almost doubling the size of the map, new birds to transform into and of course new music.

We can’t wait to fly with our bird friends on September 30 when Feather releases. 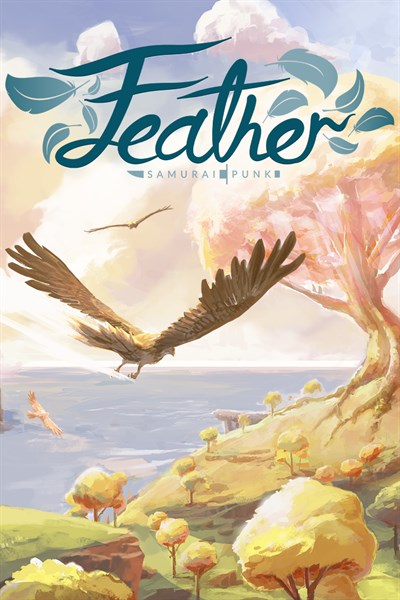 $7.99
Pre-order
Feather is a relaxing bird simulation perfect for unwinding. Whether solo or with other online players, Feather will have you become a bird and explore stunning locations as you soar through the skies! No enemies, no combat, no threats – just peaceful flight by yourself or with other birds. Yes, the passive multiplayer in Feather allows you to join a flock and enjoy flying with others or just relax on your own! Explore a vast open world, finding new songs in every nook and cranny …. Immerse yourself in a beautiful island that responds to your presence with a hum, tone and rhythm beyond human comprehension.

Related:
Next Week on Xbox: September 29 to October 2
HyperBrawl Tournament: The Multiplayer Sports-Brawler Launches October 20 on Xbox One
Microsoft Flight Simulator is the biggest game launch in Xbox Game Pass for PC history with over 1 million players to date

Feather Brings Social Birds to Xbox One on September 30